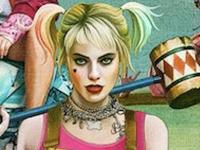 It’s an action-packed night of mischief and mayhem at Stars & Stripes New Braunfels as the Clown Prince of Crime’s main squeeze returns to the big screen with Birds of Prey!

The film, who’s full title is Birds of Prey (and the Fantabulous Emancipation of One Harley Quinn), sees the return of Margot Robbie as the titular comic book femme fatale. Since the events of 2016’s Suicide Squad, Harley has broken up with her notorious boyfriend, the Joker, and is striking out on her own. But when a crime-lord known as the Black Mask stirs up trouble, Harley must team up with fellow gal pals Huntress, Black Canary, and Renee Montoya to bring the bad guy down.

In the comics, the character of Harley Quinn has traditionally been associated with the Gotham City Sirens, a team consisting of Harley, Poison Ivy, and Catwoman. When researching the role, however, Robbie thought it would be more fun to use the film as a platform to bring some of DC Comic’s lesser known female characters to light. The result is an explosive romp full of vixen vigilantes and super-powered shenanigans that is destined to delight!

Birds of Prey is rated R, however, so be sure to leave the kiddies with a sitter as you enjoy a fantabulous evening at Stars & Stripes New Braunfels! Click the link below to get your tickets!